I have read that, for naturists, being clothes free is not about sex. I am currently struggling with this concept, because most of my “social” exposure to clothes free anything is online via social media with folks who do not necessarily live clothes free. Based on the conversations that unfold there, the question that comes to mind for me is, “Is it for real?” 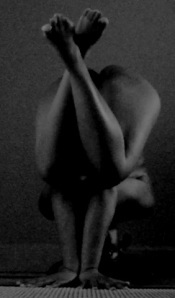 This year in late summer I was tagged to participate in a naked yoga challenge. From there, not only did I slide into clothes free yoga, I walked further into the field of clothes free living. I found myself reading, cooking, writing, watching shows, even working clothes free whenever possible.

There’s something you should know: I’m writing this nude…

Ever since I wrote the post about supporting Stephen Gough, I’ve had this feeling that somehow I haven’t adequately explained how I think public nudity is about freedom. Recently, I read about Matt Taylor, a scientist at ESA, being criticized by the public for wearing what they considered an inappropriate shirt on the day ESA landed a man-made machine (Philae) on a comet going by the designation 67P. I wrote about this on my other blog. That day, a more concrete thought began to form in my mind.

Would it be fair to say that the general population sees nudists/naturists as a bunch of people with hormones out of control?  After all, we do tend to run around naked in groups, so we must be screwing each other all of the time, right?

Well, some of us are, to be sure, but mostly no more so than people everywhere.  To a large part we separate nudity from sexuality, but we still get the bad rep.  Nudity equals sex and sex is bad, dontcha know!

On the other hand, it’s considered perfectly normal for the textile world to use nudity as a sexual tool for everything from selling products to providing titillating entertainment.  Show as much as you dare, but not too much, except sometimes when it’s ok.  News stories about nude people are fine,

Are nudity and shame inseparably linked?

Some scientists believe that “it is archetypal aspect of human nature to obscure the sex organs – called “shame-parts” in many languages”. According to the biologist J. Illies “if one were to put children by themselves on a solitary island in order to allow them to grow up according to the nature of their species, free from all repressive influences of society, they would reinvent the loincloth at the age of five” [1].

Another point of view is that “shame is not congenital, but the reason why people are ashamed does have a universal, biological background. At its base lies the genetically indiced man-female relationship”. There are “naked women in the Amazon region who feel ashamed when they don’t wear any bands around their arms or ankles. Shame emerges when there is a deviation from the clothing standard, which is applied differently in every…